How do you know about hair business in Vietnam?

Maybe you don’t know, wigs are not only an accessory that enhances human beauty, but it is also an industry. Along with the increasing of demand for wigs and hair extensions, the hair industry in Vietnam, accordingly, has also begun to develop and is gradually asserting its position in the international market. And also following that development, many questions were raised about the origin and development process, as well as the hidden corners behind this industry in Vietnam. Jenhair, as one of the leading manufactures of hair extensions and in Vietnam, will take you through some of the important milestones marking the development of the hair industry in Vietnam.

History of Hair Industry in Vietnam

Wigs actually appeared more than 2000 years ago, in ancient Egypt. But until the 16th century, wigs were really recognized thanks to the great influence in the fashion field of the first Queen of England – Queen Elizabeth. However, at this time, wigs were still considered a luxury item and only nobles could use wigs. Wigs were still considered expensive until the 19th century, when music stars began to use them, and from there, the trend of using wigs grew rapidly. The hair business in Vietnam – at that time still in the French colonial period – was also born. The beauty needs of the wives of French officials have partly spread to Vietnamese women. There is demand so there is supply, and that’s when the hair industry in Vietnam officially entered the development stage with the introduction of a series of care services and products and tools for hairdressing.

It was not until the end of the 20th century, when world cultures began to interfere, that the hair industry in Vietnam entered the most prosperous period of development with the appearance of wigs and hair extensions. Although just entering the development period, Vietnamese wigs have been gradually asserting their importance in the international arena to compete with other major wig exporting countries such as China, India or Peru.

Requirements Of Hair Industry In Vietnam

Attracting a large number of human resources operating in the field of hair production and hairstyling. This business requires high expertise, scientific knowledge to apply technology to hairdressing, as well as a pair of skillful hands and creativity to be able to create the most beautiful hairstyles. Workers must be those who have undergone professional training and have solid professional knowledge. If each wig is considered a work of art, then each wig production worker is an artisan with skillful hands to be able to create the most beautiful products.

Currently, the hair industry in Vietnam is growing up quickly, bringing jobs to millions of people with huge profits of up to hundreds of millions dollars for hair companies. One of the most active companies in the hair industry in Vietnam is Jenhair. Operating mainly in the field of supplying hair for wig and for extensions, Jenhair is gradually dominating the market in the hair production and import-export industry and constantly enhances creativity to offer products with the best quality.

Currently, Jenhair has been gradually asserting its No.1 position in exporting human hair in Vietnam as a reliable partner of more than 1 million customers from more than 60 countries around the world. With the slogan “Bring the top quality made-in Vietnam and made-by Vietnam products to over around the world”, Jenhair has been constantly trying to achieve many successes on the import-export race full of difficulties and challenges, thereby laying the foundation for the development of the hair industry in Vietnam to the international market.

If you have any questions, you can ask me directly via: 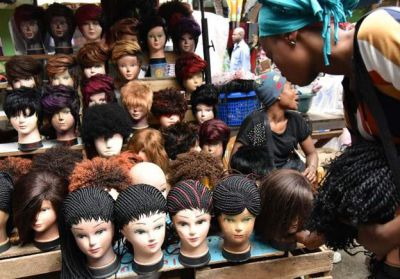 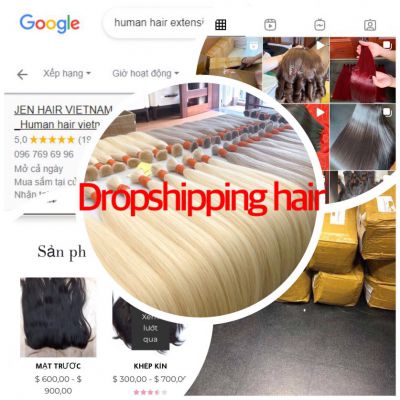